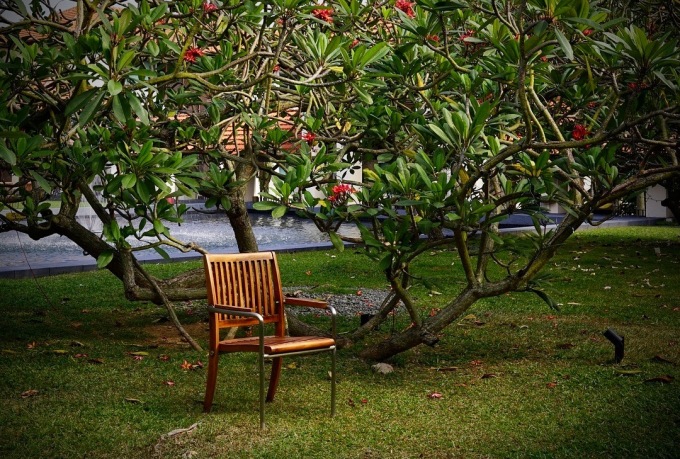 There was a scene in a Netflix TV series I watched recently that struck me. Set in 17th century Mexico, a 17 year old Carmelite postulant, Juana, was asked by another sister to kneel while in prayer. Obediently, she knelt, but then asked, “Why do we always have to kneel?” The other sister replied, “Because it is a trivial sacrifice compared to the one that Christ made for us.” Juana processed this for a second and then asked, “And God will be happier because we are uncomfortable?” Unfortunately for Juana, her honest query was met by silence, and she was seen as a trouble-maker who needed to learn unquestioning obedience.

I thought her question was an excellent one to ponder on, especially during the season of Lent. I recently heard a friend explain his choice of penance, and the reason he chose it was because it was what made him feel the pinch – i.e. it was an act that to him felt like a sacrifice. That conversation made me think back to Juana’s question – is God happier because we are uncomfortable? Why do we do penance? Fast? Make ourselves uncomfortable? Do we think that our sacrifices in themselves please God, or that these ascetic acts make us holier? Unfortunately, not many of us go beyond just blindly obeying what we are told to do when it comes to penance. We put a lot of stock in the sacrifice or the act of fasting, thinking that we have paid our dues as long as we kept our fast or did some sacrifice. Penance during Lent can too easily become just a check in the box in the “to do” list of an observant Catholic. In fact, for too many years, checking off my “Lenten to-do list” (prayer – check; almsgiving – check; fasting – check!) has kept me from going deeper into my own heart.

I have found that it is entirely possible to observe Lent to the letter and not really experience a deep conversion. Understanding the purpose of Lenten practices is good, but it does not logically lead to repentance or conversion. It is possible to do heroic fasts and sacrifices – possibly while understanding their theological significance – and still experience little or no conversion. And we may still end up feeling we have observed Lent well, or at the very least “done our duty”. Perhaps there is a season for all of us when this kind of observance makes for a good Lent (and I mean it)! But perhaps some of us may be in a season where we need something different to deepen our connection with Christ during Lent.

I am myself in a season where choosing to give something concrete up for the entire Lent feels empty and meaningless. What has been helpful instead is paying attention – day by day – to what has made me disconnected from my hunger for Christ that day and to be present to the dis-ease and unrest within me that has resulted from whatever has led to the disconnect. I try to remain still in the dis-ease and restlessness, accepting them as the consequences of the choices I had made poorly that day. Perhaps I lingered too long on the internet or watched a little too much Netflix and my heart and mind are unsettled and I find it hard to enter prayer. Or perhaps I over-indulged in unhealthy food that has made me feel bloated and ill. Or perhaps I have let unnecessary words that neither edify nor heal escape me and my gut is still clenching in regret. I allow myself to feel the deep discomfort and pain I have caused myself and others through my sinfulness and let myself sink into sorrow and repentance. And then I choose one thing to do differently for tomorrow – one way in which I hope to be more anchored in the love of Christ in the new day, and therein I choose my “fast”.

I am in no way advocating a rejection of traditional Lenten observances. But I am suggesting that sometimes we need to pay greater attention to the spirit of our Lenten observances and be willing to veer from our usual practices in order that what we do impact our heart’s movement towards Christ. If Lent has grown stale for us, or if we find ourselves simply checking off “to-do” boxes for Lent, then maybe we should ask ourselves once again – why are we doing all this? Is my obedience helping me to listen more deeply to the Lord or is my (superficial) obedience distracting me from conversion? Why am I observing Lent? How are my observances leading me to greater love and compassion in my relationships with Christ and my brothers and sisters?

Here’s to a holy Lent that will reach deep into our hearts – however that might look for each of us.